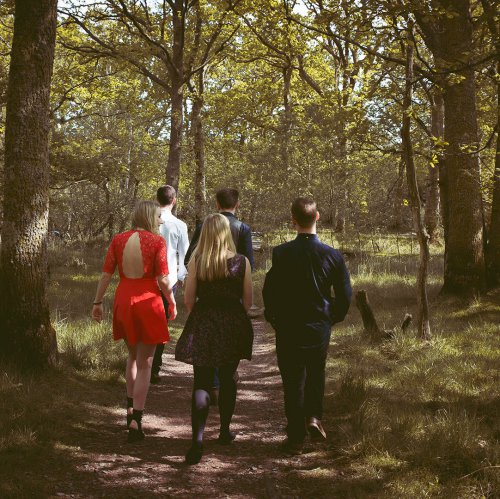 Get ready to dance with Barluath, a diverse and innovative Scottish folk band that embraces both the traditional and contemporary music of Scotland, Ireland and America. Barluath have continued to grow since forming in early 2010 and have delighted many audiences, such as with their appearances at Scotland’s Celtic Connections, Linlithgow Folk Festival and PipingLive! to name a few of their home audiences, as well as at festivals in Germany and Belgium.

In November 2011, the band was invited to Washington DC as part of the Scottish Governments St. Andrews Day celebrations in the USA, culminating in performances at The National Museum of Women in the Arts and the British Embassy. The band has also worked on several European tours including playing at the Labadoux festival in 2015.

This incredible 5 piece ensemble are not to be missed. This event will be a bring your own bottle event. Pinwherry Community Council look forward to welcoming you to their hall. 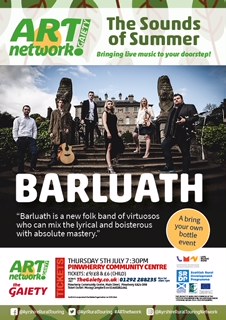