Thanks to the many volunteers who have answered the call from PPCDT and the Community Council with offers of help that will enable us to support the Community through this difficult and testing time.

Order/delivery process commencing Monday 27th April.
All orders must be placed by 12.00 each Tuesday.

Collection will be from the cabins on the Community field.
Reimbursement to PPCDT by cheque payment on collection (monthly if preferred) or directly to:
TSB Bank – Sort Code 83 37 65 – Account number 7744630

Where income does not fit in with this arrangement – speak to us, we will help.

We are arranging to set-up an emergency food bank (tinned soups/fruit/tinned vegetables/baked beans/pasta etc. for anyone needing assistance, available after 4pm on Wednesday and Friday afternoons.

Changes will be shown on the Community website and by notice on the Boards at Pinmore Green and opposite the Schoolhouse.

IS THERE ANYTHING ELSE YOU WOULD LIKE TO SEE DONE?

At the latest meeting of the Community Council, it was decided to extend the medical travel allowance to cover any resident of Pinmore & Pinwherry Community Council area who has decided to self-isolate or been advised to. This will cover the cost of travel for anyone helping self-isolators to get shopping. It will also pay for the cost of using a taxi to bring out prescriptions or shopping.

Fill in the email contact form here to claim your travel expenses:

** Please tell us if need help at home for any reason, if you need shopping or collecting a prescription, for instance. A team of local support helpers are on hand to offer assistance.

Please fill in the form here to tell us of your needs:

** Also, please let us know if you can provide occasional help to support those in need.

Please fill in the form here to register your name:

Assistance can be given by e-mailing or telephoning: Ian Yellowlees, Pinmore Mains, Pinmore, Girvan KA26 0TD
Tel: 01465 841134 or e-mail: jyppcc@outlook.com

For all the latest news and information in and around Pinwherry and Pinmore, check out our Facebook page.

The small villages of Pinwherry and Pinmore are situated 6 to 8 miles south of Girvan on the A714, surrounded by farmland in a beautiful part of the Stinchar Valley.

Pinwherry village grew up where the River Duisk flows into the River Stinchar and looks west along the valley to Knockdolian Hill. At one time there were railway stations in both Pinwherry and Pinmore on the line between Girvan and Stranraer.

There is an existing village hall, however Pinwherry and Pinmore are developing a new Community Centre which is more accessible for people and visitors.

The ruins of Pinwherry Castle stand within the grounds of Pinwherry House, and can be seen from the road when entering the village from Newton Stewart. It dates from around the end of the sixteenth century.

The area is a perfect spot for the outdoor enthusiast, with many walks nearby and good fishing on the Stinchar. There is a great variety of wildlife in the valley, including red squirrel, deer, otters and badgers.

­­Hi everybody, Hope you all are keeping well. In our community we have had no reports of any of our residents with Coronavirus and all have been keeping the required 2 meters distance. Community Food Bank With a £3000 loan and assistance from Pinwherry and Pinmore...

The new Stinchar Valley Magazine for Spring 2020 has been published and distributed throughout the community. You can also download it from the Documents page. Please get in touch with your Local Rep if you have any ideas or news for the next... 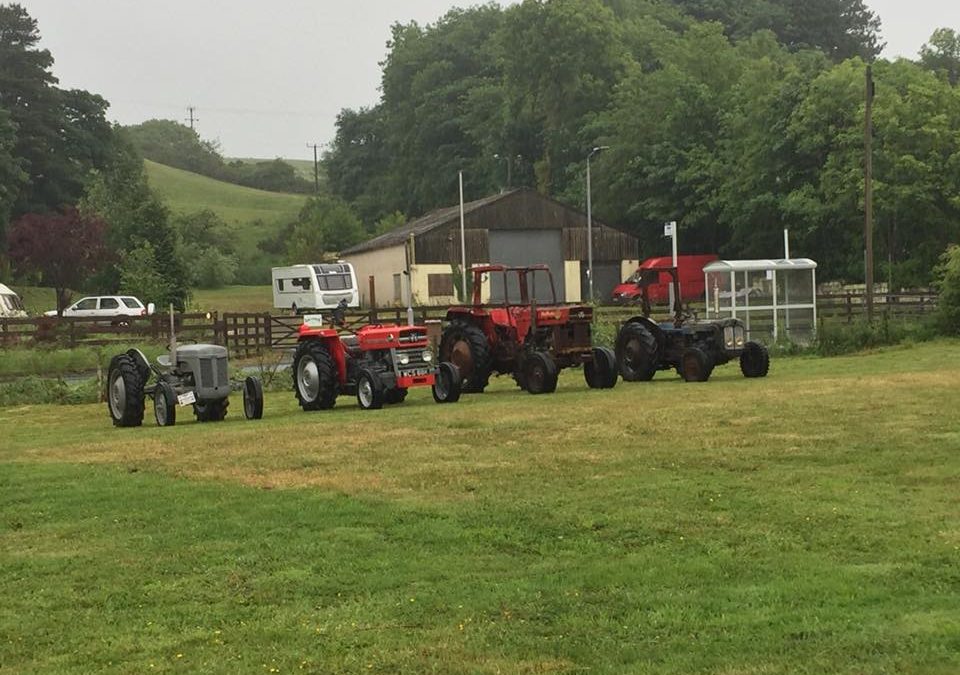 The 2 Pins Company has now been closed and the assets of the Company - the community field, 2 portacabins (containing the toilet block, storage and kitchen) and marquees - have been transferred to Pinwherry and Pinmore Community Development Trust (PPCDT). The 2 Pins...