The main war memorial for Pinwherry was mounted on the wall inside the school and when the school closed it was taken into safe keeping at Ayrshire’s archive, until such time as the new community centre is built and it can be installed there. A few years ago pupils at Pinwherry school created the memorial garden and the school had a stone memorial erected in the garden.

Members of Pinwherry Community Association kindly tidied up the area in preparation for the service and the garden and memorial provided the focus for this year’s Act of Remembrance, which was attended by approximately 25 residents. Local children, who now attend the new primary school in Colmonell, came to the service and one of them read the poem “In Flanders Field”.

As always, we are grateful to Piper Billy McCubbin for providing excellent music which added to the atmosphere of the occasion.

Following the service some welcome refreshments were served in Pinwherry Community Hall.

They went with songs to the battle, they were young.
Straight of limb, true of eyes, steady and aglow.
They were staunch to the end against odds uncounted,
They fell with their faces to the foe.

They shall grow not old, as we that are left grow old:
Age shall not weary them, nor the years condemn.
At the going down of the sun and in the morning,
We will remember them.

The “Ode of Remembrance” is an ode taken from Laurence Binyon‘s poem “For the Fallen“, which was first published in The Times in September 1914. 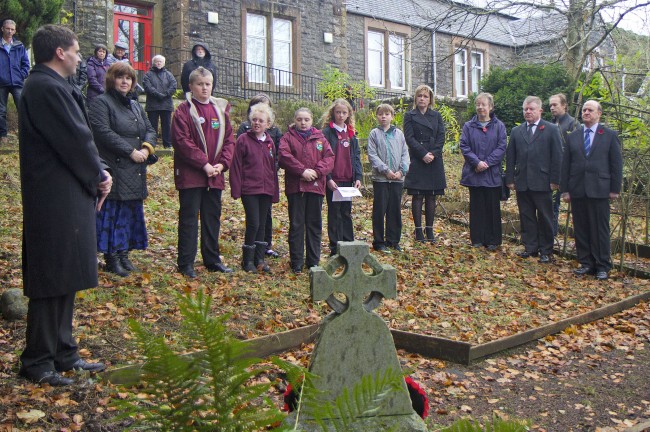 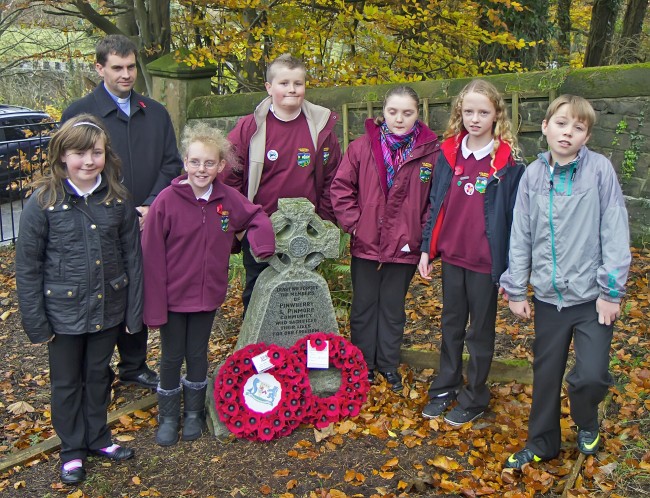 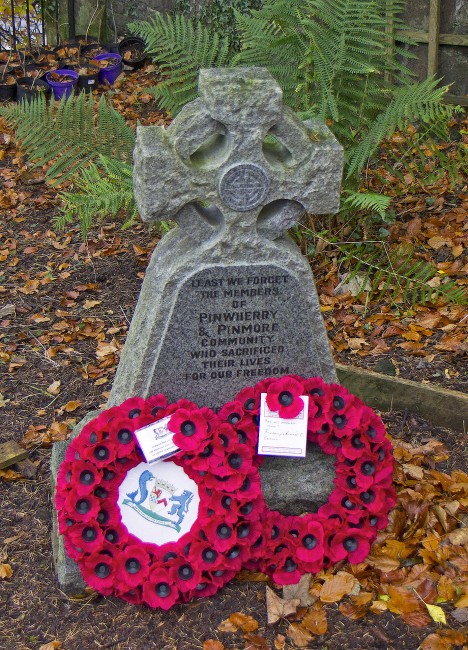