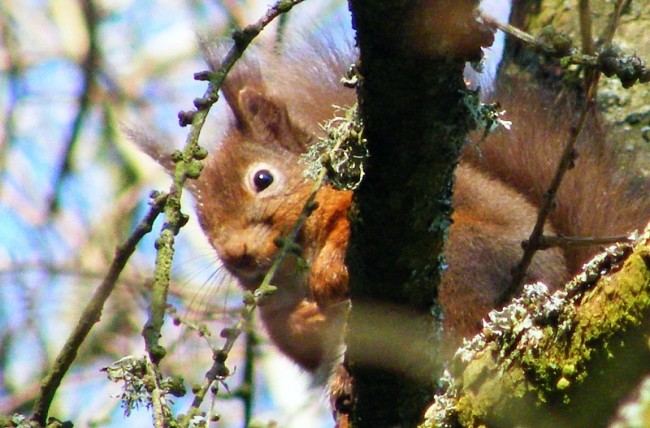 A meeting was held on 14th June 2012 in Pinwherry Community Hall. The guest speakers were Meryl Norris of the  Ayrshire Rivers Trust and Bruce Davidson representing the Ayrshire Red Squirrel Group. Meryl Norris is employed by the Ayrshire Rivers Trust to carry forward the Carrick Invasive Species Project – the aim of which is to raise awareness of the issues associated with the spread of problem species such as Japanese Knotweed. They also cull and will work alongside any red squirrel preservation initiative set up as a result. General discussion followed preservation of the reds in the Stinchar Valley. The main points central to this aim were listed as:

Following this discussion, it was agreed that some of the objectives to be undertaken include: